Mother and Baby Story“I feel I was lucky. I was. The nuns treated me – maybe I had a missed calling – they treated me like an equal.” 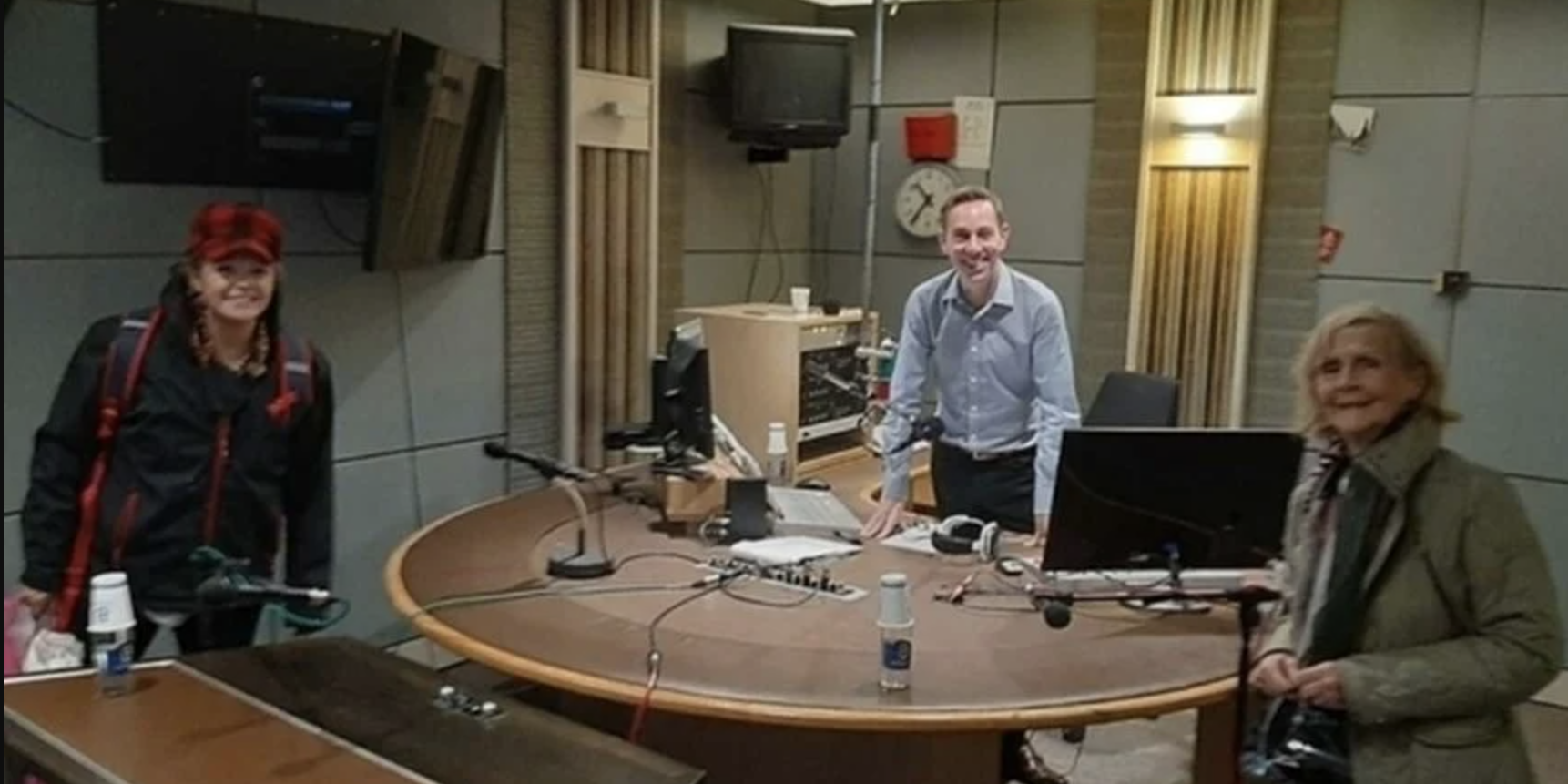 Wednesday’s Ryan Tubridy Show featured a conversation with a woman who gave birth to her daughter in a Mother and Baby home 40-odd years ago, but the conversation didn’t go as you might expect when you hear the words “Mother and Baby home”. Instead, the chat was 20 minutes of discussion of the importance of art, kind-hearted nuns and the non-existence of puffins.  Artist Deborah Donnelly got in touch with the show to let Ryan know that, inspired by his puffin-denial, she’s started painting the birds. And she also had some notable puffin facts:

“I’ve started painting puffins because they’re actually a sign of wellness during Covid. And they’re Ireland’s longest-living bird. My favourite part about them is that, when they mate, they share the chores equally of, you know, family life.”

Which, Ryan decided, just goes to prove their fictional status.  Obviously. Deborah was in studio with her mother, Clare, also an artist, who had a story to tell that was as remarkable for its happy ending as it was for its potential to be deeply harrowing. Clare was pregnant when she was 27 and decided in a panic to go to a Mother and Baby home to have her child.

“I found myself pregnant and I did a lot of crying and then I sought an agent – there’s an agency, you know, in the papers there’s always a little ad about if you’re pregnant and I contacted this agency and, obviously a Catholic agency, and then they arranged for me to go to Bessborough in Cork, a mother and baby home.”

At 27, Clare was, as Ryan puts it, not exactly a whippersnapper. No, she wasn’t, Clare agreed, “I was an eejit”. Bessborough – despite what we’ve heard about it over the years – welcomed Clare and she was relieved to be there. They gave her a new identity. She had told her parents she was going to England to work, so they forwarded her letters home to their convent in London, who then posted them back to Ireland. All the staff were nice to her. And although Ryan couldn’t quite believe what he was hearing – “I’ve never heard of a cheerful mother and child home in Ireland” – Clare told him that the only complaint she had was with the doctor who delivered her baby:

Fortunately, the midwife told Clare that she thought she’d make a great mother and that was all the encouragement she needed. Clare acknowledged that many horror stories have come out of Bessborough over the years, but she says her experience wasn’t one of them, something she thinks might have something to do with her age at the time.

“I feel I was lucky. I was. The nuns treated me – maybe I had a missed calling – they treated me like an equal.”

Deborah, meanwhile, presented Ryan with a painting of – what else? – a puffin, which he was delighted to hang on the wall and Clare also bestowed art upon him, a print of his beloved Dún Laoghaire pier. There’s loads more in Clare and Deborah’s story, including how baby Deborah was almost adopted, then almost fostered and how Clare was more or less forced to get married. And we find out how old everyone in the studio is. You can listen to the whole conversation by going here.

Good news!! My 100% silk scarves are back in stock

The early morning winter swimmers!! All the pink b

The May Pole dancers. This is my mom's painting o

Dramatic January!! Felt good to beside the roaring

Good morning from my studio in Marlay Park. Dark a

Closing up for the next few weeks. Happy here we